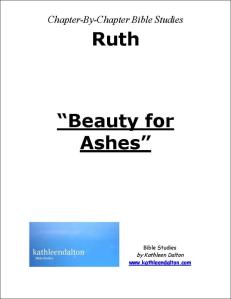 We are not told how long this little family lived in Moab before life got harder, but at some point Elimilech, the father,  died, and Naomi, the mother,  was left with two sons to raise by herself.

The life of a single mom was, of course, much harder then than it is now, but at least she did have her boys.  They would be her ticket to the future.  They would turn around and take care of her some day.  They would move her back to her home in Bethlehem.  They would bring sons into the world who would also be a hope and a future for her.

But ten years later the family is still in Moab.  The sons have married two Moabite women…no children yet.  And then the unthinkable happens – the two sons die.  And three widows are left to stare across an empty table at each other every morning, wondering…what will become of us?